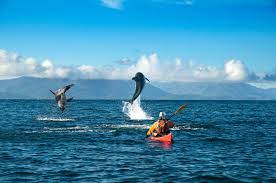 The Adventure Travel Trade Association has recently made a new a ranking of sustainable adventure tourism countries.  This is a yearly made ranking of countries around the world. In the latest study, the only Asian country mentioned was New Zealand (Asia Pacific, Oceania) under the “Developed Countries” listing. Two Asian nations was listed under “Developing Countries,”  they were Israel (Middle East) and South Korea (East Asia).

A group of five well-known international  travel bloggers has also made their own listing of new and exiting destinations for adventure tourism. Myanmar (Burma), Mongolia and New Zealand was in the top of their list for Asia.

We have made our own list of ten or maybe eleven exciting destinations to think about for your next potential Asian travel. The countries and destination are just made in alphabetical order. We will let the readers make their own ranking. 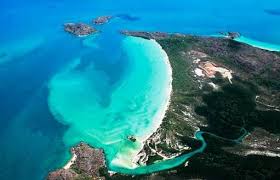 Australia, Cape York Peninsula, Queensland. The most northernmost point of mainland Australia. Cape York is only 80 miles south of Australia’s nearest neighboring country Papua New Guinea. The land is traditionally owned be the indigenous Australians of the area. At one time Cape York was only visited during the dry season between May and November because of the misconception it is not accessible any other time. Today it’s accessible via puddle-jumper planes and via dirt roads mainly suitable only for 4x4s. The Peninsula is a very popular tourist destination. In the dry season mainly for camping, hiking, birdwatching and fishing enthusiasts. 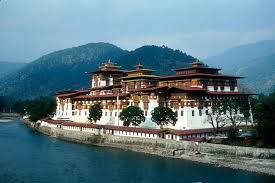 Bhutan Mountain Biking,  Adventure Trekking. This formerly closed-off kingdom is already the host to a famed one-day, 166-mile mountain-bike race called Tour of the Dragon. Bhutan is swiftly developing as a great destination for other adventure sports, like hiking, trekking, kayaking and fishing. And beautiful day hikes and trekking, the Kingdom has it all. Completely clean mountain lakes, large glaciers and the great nature you can experience in the mountains of the Himalayas. Or try kayaking, it is a unique opportunity to explore Bhutan’s beautiful wilderness. 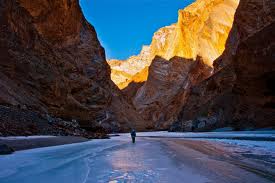 India, Ladakh. The Mountain Kingdom. Sometimes it is also called the Grand Canyon of the Himalayas. Visiting Ladakh is a once-in-a-lifetime experience. Tour companies are offering new mountaineering trips to some of Ladakh’s lesser-known, less intense 6,000-meter peaks. Others are breaking new ground leading trips running the region’s Zanskar River. This river is one of the most stunning places you will ever visit. The city of Leh, the largest in the region, enjoys the maximum tourism. It is also one of the few remaining Buddhist destinations in South Asia. Most of the real Tibetan culture has left nearby Tibet and regrouped in Ladakh. Indonesia, Raja Ampat Archipelago. The islands are located of the cost of the island of New Guinea. There are over 1,500 small islands surrounding the four main islands.  The archipelago is so remote that most Indonesians have never even heard of them. Not to mention even experienced international travelers of course. Raja Ampat is often mentioned as one of the top ten most popular places for diving and snorkeling expeditions. Raja Ampat is also the place where you can find  around 75% of all known reef-building coral and nearly 1,300 species of fish. Underwater photography should be on the top of the list during a stay. 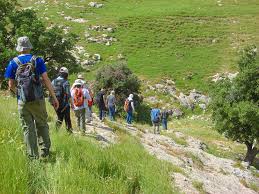 Jordan, Amman, Abraham’s Path. The Abraham Path is a long-distance walking trail in southeast Turkey through Syria, Jordan, Palestine and Israel. The path follows the biblical  journey of Abraham and his family. In Jordan, hiking tours are starting in Amman, and you can meet locals, engage with the old culture and experience the hospitality of the people. Other new adventure trips are visiting the two new Eco Lodges, one near a hot spring at the Dead Sea and the other in the Dana Biosphere Reserve, Jordan’s largest nature reserve. Another adventure travel company is starting long distance cycling trips across the country side in this mountainous Middle Eastern nation.