Middle East and North Africa Franchise Association (MENAFA) is a membership organization of franchisors, franchisees, and service providers. As the only regional industry association serving the $30 billion franchise sector growing at a rate of 27% annually in the MENA region, MENAFA is a one-stop-shop for anyone considering new business opportunities in the franchise sector. The association widely represent those concerned with promoting high-quality franchising both in the MENA region and around the world. At MENAFA they commit themselves to the state-of-the-art promotion of the franchising industry as a tool for economic & human development throughout the MENA region.

The $30bn Franchise Market in the Middle East 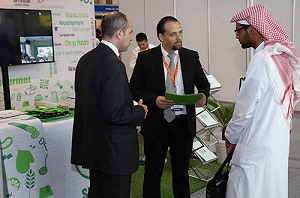 With a market value of $30 billion and an annual growth rate of 27 percent, franchising is the fastest-growing non-oil sector in the Middle East region, according to Munir Mohammed Nasser, chairman of the Madinah Chamber of Commerce and Industry in Saudi Arabia. Nasser was speaking at the World Franchise Exhibition held at the chamber’s exhibition center in Madinah. Nasser said that the exhibition promotes local talent and products, gathers international brands and develops investment in the province. He said franchising is the ideal model for both the small and medium enterprise (SME) sector as it contributes 4 to 5 percent of a country’s GDP and provides 6 percent of private-sector jobs in countries with advanced franchising systems.

MENA (the Middle East and North Africa). High disposable income of consumers, favorable regulations, and a young and upwardly mobile consumer market are the key factors driving growth. GCC (Gulf Cooperation Council) nations are at the forefront of growing the franchise economy in the Middle East, while Egypt is the leading franchising destination among African nations. Food and beverage (particularly fast food) sector is the biggest beneficiary of the growing franchise economy, while other sectors like education, maintenance and health services, are underdeveloped and are growing slowly. International brands looking to expand rapidly into the MENA region usually prefer to opt for the master franchising (also called as sub-franchising or multi franchising) format.