ASEAN Franchise Markets and Organisations. When it comes to international franchise expansion, Southeast Asia is one of the world’s most active markets. The ASEAN countries are prime targets for franchise expansion thanks to their dense populations and fast-growing economies. The region is home to more than 600 million people and a collective gross domestic product that already exceeds that of India. There is a large middle- and upper-middle class in Southeast Asia with high income. They like to go spend that money at a well-known brand. Restaurant franchises have had the most success, while service businesses have been slow to catch on.

South East Asian (ASEAN) Franchise Markets and Business Opportunities. Find lots of local information about franchising for each of the 10 South East Asian countries, also now called ASEAN Community or AEC, Asean Economic Community, just follow the ASEAN franchise links below. Franchisors: Expanding in ASEAN means possibly getting Halal-certified. New food products in particular may have a hard time penetrating the ASEAN market if they aren’t Halal-certified, a top official of a local ASEAN Franchise Association has said. One report also stated that there are about 1.7 billion Muslims around the world, 255 million of which are in the ASEAN region. The Halal global market is said to be worth $2.3 billion. Other Barriers in ASEAN: Aside from Halal certification, another barrier faced by entrepreneurs in expanding in ASEAN, especially those engaged in the franchise business, is the low awareness about franchising as a tool to grow businesses in some countries in the region. Not all ASEAN entrepreneurs know about franchising. 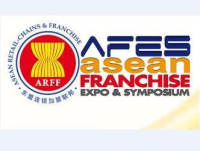 More and more franchise systems are expanding into the ASEAN and Asian regions. There is little doubt that many of the major opportunities for franchising lie in the emerging markets of the Asia-Pacific region. While Europe and North America remain affected by the consequences of the global financial crisis, most of the Asian economies are growing strongly. The demand for goods and services from the increasingly affluent middle classes will fuel strong economic growth for the next decades