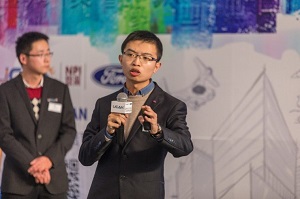 Forbes Magazine 30 Under 30 China list 2019. This year’s exciting edition of Forbes’ “30 Under 30” China list has been released, highlighting the country’s most accomplished young people. The list from Forbes China features 61 names, including innovators and entrepreneurs, artists and athletes. Though they are under 30 years old, they are considered to play leading roles in their respective fields. Forbes 2019 selected some already well-known Chinese names for example, volleyball star Yuan Xinyue, 23; controversial domestic idol Yang Chaoyue, 21; and 19-year-old Yu Wenbo, an eSports player for local club Invictus Gaming. Figures on the list have an average age of 27.5 years old. The two youngest are 17-year-old swimmer Wang Jianjiahe, who won the 400m, 800m and 1,500m free titles at last year’s Asian Games; and her peer Zhao Jinmai, who starred in the Chinese box office sensation “The Wandering Earth.”

This year males account for 70 percent of the names on the Forbes Magazine 30 under 30 lists, and many of them are involved in the manufacturing and music industries. In the travel industry, females account for 60 percent. The list showed Beijing, Shanghai, and Shenzhen as the three top cities in terms of young talent, followed by Hangzhou. Nearly 40 percent of those listed holds a master’s degree or above, and they are most involved in science, manufacturing, and healthcare. About Forbes 30 Under 30 Asia 2019: For several months every year, Forbes correspondents in China, and 22 other countries around Asia, are looking for the very best and brightest entrepreneurs, young leaders and game-changers, who are disrupting and changing the environment in their chosen fields.