North Korea Entrepreneurs and Small Business. The country is considered a communist state. Officially they label themselves as a Juche Korean-style Socialist Republic. It means that a single party has governmental power, restricting the actions of citizens. Officially the concept of  “entrepreneurship” is a theme that is not suitable for North Koreans as it is a socialist economy. But North Korea has also rich people? Who are they then? Over the last decade, a relatively powerful private economy has developed in North Korea. North Koreans did not merely learn how to trade privately, they now produce privately as well. Some of the “entrepreneurs” are high-level officials who have gained their wealth through illegal means, but many have seen their business activities permitted and even actively encouraged by the government. Find North Korean news updated frequently on Al Jazeera Media Network in English. 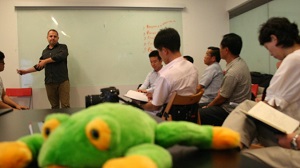 North Korea Small Business Online Directory and Company Index. People in North Korea and around the world are daily searching the internet to find trusted and reliable business contacts. One way North Korea SME and local small businesses can get found is by listing in the best free online company directories. Adding your North Korea local business listing to these online directories is easy. But if you only list in a few of them, you’re really losing out a huge opportunity to get found online. A listing in the Asia Online Small Business Directory is therefore very much recommended. Please feel welcome to list your local business today.

In North Korea’s cities, markets have popped up, where especially the women earn extra  family income. While men often work for state enterprises, some three-quarters of the market vendors today are women. If you visit a North Korean open market, for example, you’ll find traditional barter has given way to cash-based deals.

Smuggling to and from neighboring China is also a big entrepreneurial activity. Everything from food to household articles, cellphones, computers, and fridges can all be found in the black market in North Korea. Even some of the newly-rich own cars. North Korea specialist Andrei Lankov wrote an interesting article called: The secret world of North Korea’s new rich. Lankov is an associate professor at Kookmin University in Seoul and an adjunct research fellow at the Australian National University.

Video North Korea Business Education. Geoffrey See is the founder of Choson Exchange, an organization based in Singapore that works to improve the business knowledge of young professionals in North Korea who are between the ages of 20 and 40.

North Korea is developing a private business sector. In the controlled atmosphere of North Korea’s escorted tours for Westerners shows the country’s citizens are learning about sales. Pyongyang has banks. Citizens can even earn interest by placing savings there – although local tour-guides explained that most citizens still keep their cash in their own homes.